Two arts, photography and sculpture, would seem completely irreconcilable. It is the first time in the entire history of these two arts that the miracle occurs and the project is born Les Femmes de la Lune.

Let’s let the protagonists, Roger Corona and Vivide Mantero, tell how the miracle happened.
Roger Corona: “It is not usual for a photographer and an iron sculptor to develop an artistic project together. Apparently they have nothing in common.
Photography is two-dimensional, a fragile and perishable material. Iron is threedimensional, hard and indestructible.
Yet in reality we ‘sculpt’ with different materials, but we ‘sculpt’.
I shapes it with light, Vivide I keep the iron that it recovers from waste and now useless objects, giving them a new life and aesthetics. Exactly how I operate, I give life and redeem the aesthetics that had yet to be discovered in the forms.

We met on the island of Zanzibar where I went for work in 2003.
On Kiwengwa beach, Vivide has her own workshop / studio assisted by local workers.
Over the years, the meeting has turned into a friendship and we have begun to discuss how to combine our two apparently irreconcilable arts “.

Vivide Mantero complements the story from his point of view and experience: “The first time I met Roger Corona I was immediately struck by his open face and his kind manner.
I showed Roger my laboratory ith the passing of minutes and words, I immediately realized that something more important could be born from that unexpected encounter.
The desire for a common project between Roger photographer and Vivide sculptress has delightfully “haunted” us.
And from there the idea. Dressing Roger’s naked portraits in hard iron.
A perfect alchemy.

However, it took another thirteen years, before the work started many years before became something even more solid, in flesh and blood or, I would better say, in “Iron and naked”.
And here Roger’s images become large, with a metallic finish, and my iron works more real, more alive.
The sculptures are no longer just photographed, but physically part of the entire work, so as to truly dress the naked bodies portrayed in the images. “

Photography is a young art, while sculpture is as old as the history of civilization.
The iron, in the hands of Vivide Mantero, in this particular work takes on a softness that is not its own. It seems to shape the shapes that Roger has sculpted with the mastery of his photography.
The naked bodies of the beautiful creatures, adorned with these ‘robes’ take on an epic meaning, but we do not know the narration of their past deeds.
Good photography has a virtue: it is open to individual imagination.

It is the magical encounter that is renewed by observing Roger’s creatures. They are unreal, they have no precise place or time.
Despite the material that partially covers the bodies, there is no violence in Roger’s images, on the contrary the serenity and harmony are palpable, thanks to the structure of the image.
A work done by four happy hands who have achieved the unattainable: merging photography with iron to give us a new, unusual interpretation of an imaginative universe. 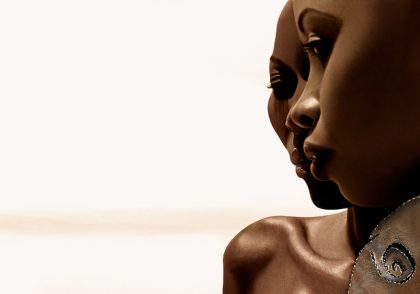 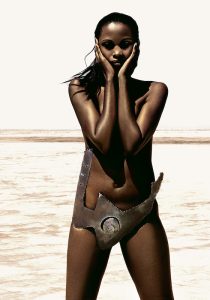 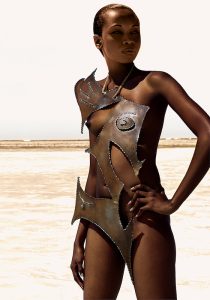 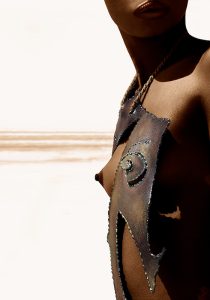 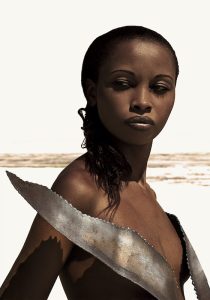 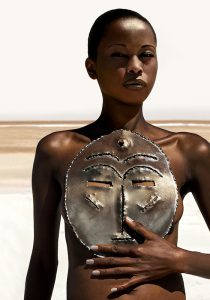 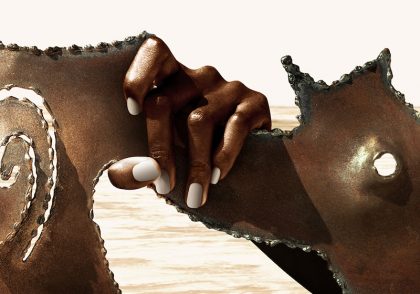 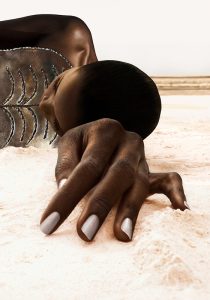 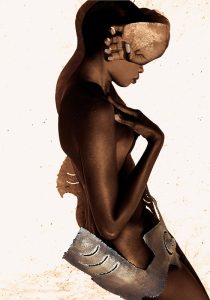 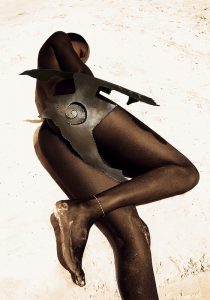 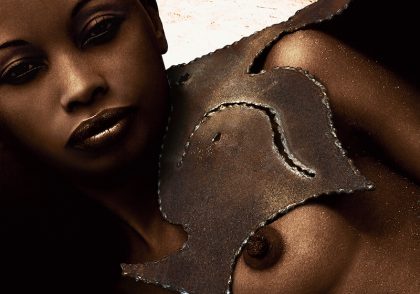